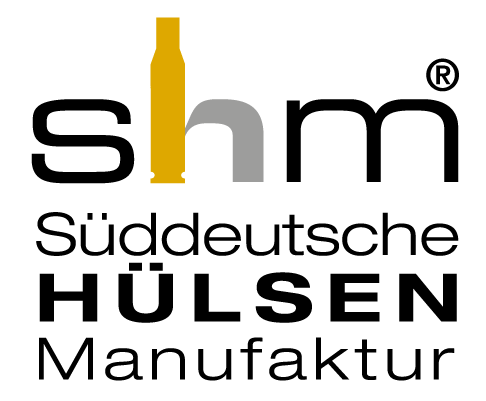 About shm The idea for shm®, the South German cartridge case manufactory, was born during a visit to Jagd & Hund in Dortmund in 2010.
Days and weeks of research followed, investigations into the existing market for special sleeves, possible calibres, possible customers, existing competitors, possible quantities, etc. The results of the research were then used to determine the most suitable product.

It turned out that a potentially interesting area would have to be dealt with here. Again, weeks of telephone conversations, calculations and sketches followed until the decision was made to plan a core production.

Right from the start, production was planned to be optimized for small and medium series. Existing manufacturing plants were inspected and examined for weak points for the planned batch size. Suppliers were searched and found and conditions were negotiated as well as deviating processes thought over, checked and ...discarded.

Days and nights in front of CAD systems and sketch blocks, FEM computers, machine manufacturers and toolmakers followed, until the first case was produced in March 2011 - and went into the scrap heap unscathed.

The time of optimization cycles began. Materials were changed, material hardnesses varied, lubricants tested, tools adapted and reworked: the often experienced setbacks in setting up a new manufacturing process. As a Dipl.-Ing. (FH) mechanical engineer with a focus on production engineering, this was my daily bread, my salt in the soup. Too much salt for my taste. The set schedule has been revised several times.

The quality of the sleeves became better, but the effort per sleeve was gigantic. However, the processes became safer and the first operations could be streamlined, combined and/or automated. Always in view: maximum flexibility.